My grandma's Pecan Pie recipe is not unique. In fact, after researching it somewhat most Pecan Pies are made the same way. Just the fact that it was her that made it though, I reckon she stirred in a whole bunch of love to make it taste that good! She would often call it Karo Pecan Pie, named after the syrup used to make that ooey-gooey filling.

Corn syrup gets a whole lot of bad wrap. I don't really know, I'm not an expert where that's concerned. Pretty much anything processed is always going to be on the bad side. However, what have you ever known that's super delicious, that's not bad for you? I'm a firm believer in moderation. Moderation is key. Go ahead and enjoy that corn syrup, so long as you're not eating the whole pie (I've often thought about it though, lol)

You can see in the above image, the ingredients for this Pecan Pie are so few. That's one of the reasons it's so easy to make. There's hardly any ingredients!

Seriously, I can get this dessert together into a pie dish in less than 10 minutes! (you still need to add about 50 minutes to bake)

How To Make Grandma's Pecan Pie

Cooking a Pecan Pie is so much easier than people think. Literally, you take the sugars and butters, cook together until melted. Add the spices. Then add this mixture to the pie crust and pecans. Bake for 50 mins (ish). Simple. Grandma's Pecan Pie recipe comes out perfect every time too!

This classic southern dessert will have you asking for seconds in no time! Served warm with a 'dollop' of ice cream, Pecan Pie is a winner every time.

This pie is delicious even with a store bought pie crust, but if you have your own pastry recipe feel free to use it.

I found using a glass/ceramic dish to yield best results.

Did you make this recipe?

National Pie Day celebrations occur twice. December first, and January 23rd. Not sure why there are two celebrations, but if it means more pie... I'm all for it!! 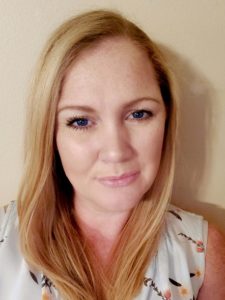